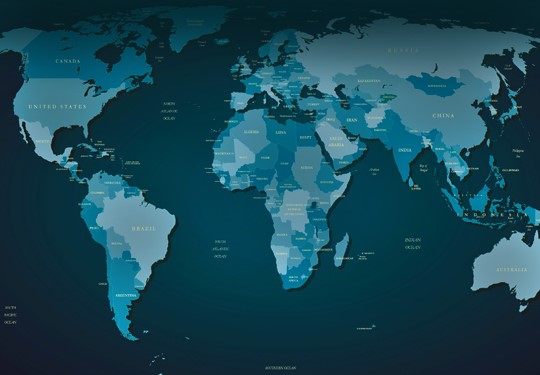 The U.S. Army Corps of Engineers (USACE) is a major Command of the Army, with more than 37,000 employees. The USACE’s mission covers major public civil engineering projects in both the military (e.g., facilities construction/maintenance) and the civilian sectors (e.g., roads, bridges, dames, water protection).

The USACE supports activities across all U.S. states and territories, along with U.S. military installations overseas. Its operations are spread across eleven geographic regions and an additional division is focused on research (called ERDC). The USACE’s senior commanders are Army officers, but most of its workforce is civilian.

Until recently, the implementation of knowledge management (KM) at USACE was driven by local business units and regions, where they developed their own goals, approaches, and supporting initiatives. The result of this decentralized approach was a wide range of capabilities, standalone tools, inefficient programs, and a large amount of lost business value.

In 2014, the new USACE Commander identified knowledge management as one of the enterprise’s five most important initiatives, and put in place a new Chief Knowledge Officer (CKO) to drive the buildout of this capability. A series of Operation Orders (OPRD) were published, which outlined the scope and role of the USACE KM program and also defined initiatives, called Lines of Effort (LOEs). LOEs spanned topics such as document repositories, document-based workflow tools, business intelligence platforms, lessons learned and best practices processes, expertise locators, and collaboration.

In addition, the USACE made the decision to adopt the American Productivity & Quality Center’s (APQC) KM Maturity Model as its framework for constructing KM capabilities and measuring progress against the plan. The CKO took the action to lead the Maturity Model effort, working with newly installed KM leaders (called KMRs) in each division. From 2014 thru mid-2017, the USACE began to build the programs for an improved knowledge management capability and completed two rounds of APQC KM Maturity Model assessments. The USACE set a goal to achieve enterprise-wide “Level 3” certification on the APQC Model by July 2018.

In September 2017, USACE contracted with Iknow to support a wide range of topics within its KM program, including the support for the 2018 APQC Maturity Model assessment.

Over the course of the five-month engagement, Iknow provided support to the USACE in the following six areas.

Because of the wide range of topics and deliverables addressed in the contract, it was critical for the USACE and Iknow teams to communicate and collaborate effectively. Several key techniques included:

The USACE CKO’s office used Iknow’s recommendations and deliverables to plan the next phase of their KM program implementation, including FY19 budget requests and the mobilization of staff. An immediate next step was to formally submit the Maturity Model package to the APQC for evaluation and ratings.